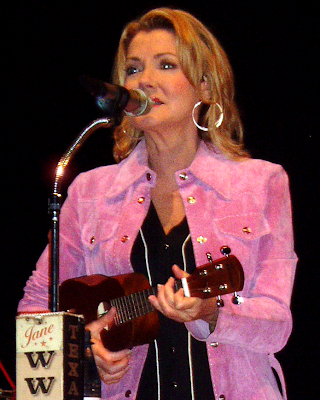 Jane Comerford ... Australian singer who sang for Germany in the Eurovision song contest in Greece in 2006

Jane Comerford, the Australian singer and songwriter who has been a contestant in the Eurovision Song contest was born in Australia on 1 January 1959 in Newcastle in New South Wales. Today she is a singer, songwriter, lecturer and vocal coach working in Germany.

Jane has an extensive musical and music-related education. She studied violin and piano for 12 years, and later music theory, and graduated from Newcastle Conservatorium, where she was awarded the A.Mus.A. diploma. She had six years of classical ballet training in Newcastle as well as jazz dance training in Los Angeles. She went on to study singing in Hamburg, Vienna and Amsterdam, and learned to play the ukulele.

Having studied piano and violin in Newcastle, Jane was no longer sure whether the classical style still fulfilled her expectations. In the US, she worked as a pianist in several night clubs. A holiday in Spain made her stay in Europe.

From Spain, she moved to Hamburg where she worked again as a pianist in the bar of the Intercontinental Hotel. There she started to work with several bands wrote and composed songs, worked in her husband’s studio and became popular as a background singer. In addition, she began teaching at the Hochschule für Musik und Theater in Hamburg.

Through a friend, Jane was given the opportunity to attend a two-week musical course taught by Buenaventura Braunstein. There she met the director Markus Weber who cast her in several productions. She played the leading roles of Eponine in Les Miserables in Vienna, Roxy Hart in Chicago in Dortmund, and Marilyn/Sue in Markus Weber’s musical M wie Marilyn in Hamburg. Her other roles include Angel in The Rink in Bielefeld and Dot/Marie in Sunday in the Park with George in Kaiserslautern.

In 1998, she released her debut album Somebody Sent Me An Angel with a collection of her own songs under the Polydor label. Apart from live performances, Jane is also an accomplished studio singer, songwriter and producer, running her own recording studio. 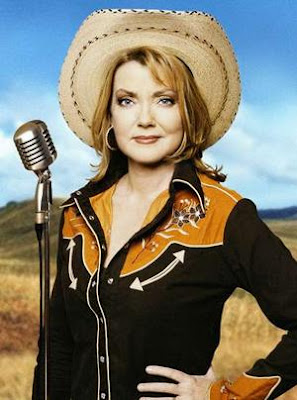 In 2005, Jane joined Texas Lightning, a Hamburg-based German country music-inspired band as lead singer. They released the single Like a Virgin, a cover of Madonna’s song, as well as the album Meanwhile, Back at The Ranch, consisting mainly of country-flavoured covers of popular rock and pop hits.

On the final night in Athens, Texas Lightning came 15th, with 36 points, but the song had already reached the No. 1 spot in the German charts.

Since 1984, Jane Comerford has been a lecturer at the Hochschule für Musik und Theater in Hamburg. Within a Popkurs, she teaches singing, song-writing, performance and composition. She also provides coaching to artists and bands on an individual basis.

Jane Comerford was a singing and performance coach for the contestants in the 2003 German version of the TV show Fame Academy on RTL II. Since June 2007, Jane has worked as a judge and coach on the sixth season of the German Popstars show.

Posted by Patrick Comerford at 19:19