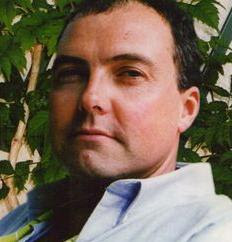 Dr Joseph Comerford, a British-born aid worker who has been described as one of the leading UN irrigation experts, was found dead in a hotel room in the Democratic Republic of Congo on Friday 18 August 2000. His body was found days after he arrived in the eastern town of Kisangani with a Dutch colleague.

Dr Comerford, who was then aged 42, was born in Liverpool and educated at Cambridge and INSEAD, the international business school based in Fontainebleau in France. At the time of his death, the married father-of-three was based at the UN Development Programme’s crisis unit in Geneva, and was part of a UN team sent to investigate damage caused by fighting in Kisangani.

Dr Comerford, from Bury in Lancashire, had left three children under the age of five with his wife at their home near UN head office in Geneva, where she too worked with the UNDP. Over the previous 10 years, he had carried out similar UN missions, including supporting refugee camps for the victims of genocide in Rwanda.

Dr Comerford arrived in the northern city as part of a two-member team to assess damages to be paid to the Congo by Rwanda and Uganda following violent clashes in Kisangani between their forces the previous June. He had been sent ahead of 5,000 UN peace-keeping troops to assess structural damage caused by an occupying force and his report could have led to sanctions against Rwanda. The troops, who controlled the Kisangani mining region, were robbing Congo of diamonds, cobalt and ivory.

On 16 August, Dr Comerford checked in to the Palm Beach Hotel in Kisangani, which was also being used by the rebel troops to process their illegal money and diamonds. He had no protection, although the area was ranked a high security risk. Two days later, his body was found in his hotel room, suspended from the window bars by a belt.

The UN team’s work in Kisangani was suspended after Dr Comerford’s tragic death. His body showed signs of being strangled with a belt and a pathologist’s report suggested he had been murdered. A Kenyan government pathologist concluded from severe bruises to his groin and broken bones in his neck that Dr Comerford appeared to have been murdered.

However, a report commissioned by the UNDP, quoting a pathologist from Guy’s Hospital, London, who saw photographs from the scene, said it could also have been suicide. Dr Comerford’s family was then denied proper payment by the UN’s insurers when the UNDP presented a report implying his death could have been suicide. 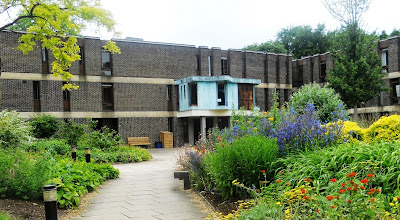 Fitzwilliam College, Camnbridge ... Joe Comerford was an undergraduate here before going on to Bristol University and INSEAD (Photograph: Patrick Comerford, 2012)

Joseph B Comerford was born in Liverpool, the son of Bernard and Elizabeth (Betty, née Redmond) Comerford, who were both teachers with Irish-born parents. He grew up in Rosendale and later in Bury near Manchester with his two sisters Annie and Catherine and his brother Michael Comerford.

He studied at Fitzwilliam College, Cambridge, and later attended the University of Bristol and INSEAD in Fontainebleau. He was described by members of the 1993 MBA class at INSEAD as “someone who used his MBA to dedicate his life, which he ultimately sacrificed, to humanitarian service. He exemplified the best ideals of vision, leadership and courage inherent in an INSEAD education.”

He had come to INSEAD with a background in engineering, development economics, disaster management, irrigated agriculture and development, having studied engineering as a first degree at Cambridge before completing his MSc and then his PhD at the University of Bristol in 1989.

At INSEAD, he used he inspired his class members to think and dream of broader and more worthy goals beyond private business ambitions. He was on the founding committee of INDEVOR, INSEAD’s student club which serves as a forum for those interested in social, environmental, and ethical issues. His leadership led to one of INSEAD’s first course offerings in ethical development, “Business and Development in the Third World.”

After graduating from INSEAD, Joe worked with a number of NGOs and UN organisations in hazardous regions, including Sudan, Liberia, Zaire (now the Democratic Republic of Congo, DRC), Rwanda and East Timor. Most of his assignments involved development, humanitarian assistance, disaster management and disaster risk reduction. During this time he raised three children with his Dutch-born wife, Deborah.

Craig Sanders, who worked with Joe at UNHCR, the UN refugee agency, first met him in December 1993 when they were sent as technical consultants to support the UN High Commissioner for Refugees in the Great Lakes region of Africa. UNHCR had sent emergency teams to Rwanda and Zaire to meet the needs of several hundred thousand refugees from Burundi. Within months, the entire region was embroiled in the horrific Rwandan genocide that began on 6 April 1994 and that led eventually to the death of hundreds of thousands of Rwandans and the departure of at least two million to neighbouring Zaire and Tanzania.

“Joe was a PhD civil engineer and a specialist in water supply and sanitation in humanitarian emergencies. He played a critical role in shaping the international humanitarian response to the Great Lakes crisis at one of its most turbulent moments. In mid-1994, huge refugee camps sprang up overnight around Goma, in eastern Zaire and Joe was very much at the centre of the huge effort to provide clean water and sanitation to over a million people”.

“Joe had the right stuff for this work: he was knowledgeable, results-oriented, articulate and innovative. With uncanny skill and great calm, he could see through the chaos to find creative technical solutions that made a huge difference in the lives of those affected by disaster,” Craig said.

“Whether finding innovative solutions to complex engineering design problems or negotiating for resources, Joe was highly effective when it mattered most. He not only knew how to build and manage his own team, but he also had the entrepreneurial skill to marshal the efforts (and resources) of all humanitarian actors into a more coordinated, coherent response”.

“Joe was always supportive of his team and many of the junior local staff went on to take up international assignments. They can be found in some of world's worst troubled-spots carrying on the work of one of their first mentors”.

Deborah, who Joe first met in 1994 in then Zaire when they both arrived on the same plane to take up their respective assignments with UNHCR, recalled the unbelievable scene when they both stepped off the plane and found themselves “in the middle of an apocalyptic scene with corpses lying scattered around and refugees sitting in trees trying to saw off branches for fire wood”. Like Craig, Deborah was especially impressed with Joe’s great skill and dedication in building the capacity of the local staff he worked with.

As well as being deeply impressed with his professionalism, she fondly recalled Joe as a great father and husband.

“While he had a capacity to tackle daunting challenges, Joe also had a humorous and playful side which all the more drew us to him. Whether regaling us with a story or playing a song on his guitar, Joe embraced life fully. And after the turbulent years of the Great Lakes crisis, I marvelled at his capacity to switch gears and the way in which he easily turned to embrace his family life. You only had to pay a visit to their home to understand the depth of the happiness and love he found with his wife and three children,” said Craig Sanders.

“Joe’s death was a sad blow to so many of us. We all lost a good friend, but one who remains present, and fondly, in our memories. We think that it is a fitting tribute that Joe’s dedication, achievements, courage and sacrifice are honoured here by INSEAD, whose reputation he has honoured through his work.”

Dutch-born Deborah Comerford-Verzuu fought an eight-year legal battle with help from Andrew Granger of Taylor Wessing, a London-based law firm, who took her case pro bono. Eight years after his murder, she was awarded £143,000 in a ruling that was highly critical of a department then run by Lord Malloch Brown, who had become a British Foreign Office Minister by 2008.

The UN’s administrative tribunal severely criticised the department responsible for its “callous” treatment of his wife and said that the case was “seriously mishandled.” The tribunal awarded Deborah compensation “in light of the reckless and callous treatment” she received.

Ms Comerford-Verzuu, who continued to work for the UN, said: “I never wanted a battle with the UN. All I ever wanted was to try and find out what really happened to Joe and to achieve a measure of justice.”

The UNDP said: “We regret the time it took to resolve these claims”, adding that it would pay the compensation “without delay.”

Meanwhile, those responsible for Joe Comerford’s death have yet to be brought to justice.

Posted by Patrick Comerford at 08:45

Thank you Patrick for this excellent piece about my late brother.