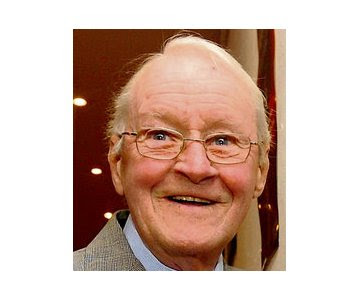 The career of the Cork performer Paddy Comerford (1930-2010) and the characters he has created have provided the material of legendary stories. “Uncle Peter” is a character of palsied crabbiness who is based on a habitué of Dunlea’s pub in Cork.

His O’Casey-like pathos is matched with a quirky mystification at the way things have turned out.

It has been said that Cork and theatre are forever entwined with Paddy Comerford, and that he was an indelible part of the fabric that makes up Cork’s theatrical heritage.

Paddy Comerford was born in Rock Terrace on the North Mall in Cork on 27 July 1930, a son of Mary and James Comerford, who had four children. An envious relative once claimed that Paddy Comerford was, “reared on velvet.” Even he has acknowledged this, saying: “To this day I can’t take a drink of milk except from a glass.”

“Somehow, when I was two years of age, I got out of the house and tried to climb the 143 steps between Rock Terrace and Blarney Street in order to get to my grandmother at Ballymacthomas,” he says. “I was found on my way by my cousin, Ignatius Comerford, then about 12 or 13. His own mother had died very young, and in the way of those days the children were farmed out among relatives, with Ignatius going to Ballymacthomas. So he carried me on up there and I stayed there for the next 21 years.”

He was reared by “my grandmother and two maiden aunts, and I was absolutely spoiled. I was brought up in a sense as somebody special. As they say, I was reared on velvet.”

After school at the North Monastery, Comerford was apprenticed to the shoe department at Grant’s department store. When Grant’s closed, he joined the advertising staff of the Cork Examiner, now the Irish Examiner. Modest and unpretentious by nature, he was a gifted story teller with a quick but gentle wit and his work colleagues in the advertising department of the Examiner were regaled with hilarious portrayals of local characters.

Paddy Comerford ... part and parcel of the legend of Cork theatre and pantomime

His career in Cork theatre has included a memorable performance in Guys and Dolls, directed by Jimmy Belchamber, at Cork Opera House, he played the Straw Man in The Wizard of Oz, and he had parts in several plays by John B Keane and with the Cork Group Theatre, where his work with James N Healy led to Cork Operatic Society and Gilbert and Sullivan productions. Later roles included Joxer in Sean O’Casey’s Juno and the Paycock, directed by Pat Talbot for the Everyman Theatre.

Paddy’s long-time pantomime and revue colleague was Billa O’Connell, and they subsequently appeared together on The Late Late Show.

His performance in the Make ’Em Laugh revue at the Everyman Palace in 2008 recalled many of his peers as they passed through his acting life. Offered from the relaxed, cabaret-style vantage-point of a high chair on an empty stage, each anecdote was quickened by detail and by the economical build-up of context and story-telling skills.

He received the Cork Person of the Year award in 2004.

A testimonial DVD, Just Paddy, began with the commissioning by the Everyman Palace Theatre of Make ’Em Laugh: A Golden Age of Theatre in 2008 to mark the publication of a book by Cork author Declan Hassett celebrating five decades of Lee-side humour. The production featured some of the best names in Cork Theatre, including Michael Twomey and Frank Duggan (“Cha and Miah”). Paddy Comerford closed the evening with a recreation of his Uncle Peter character.

The DVD of Just Paddy was produced in 2009 by the Everyman Palace Theatre and Thomas Crosbie Holdings, and was directed by his long-time collaborator Michael Twomey, who has worked with Paddy Comerford for almost 40 years. Twomey described Comerford’s talent for comedy as both natural and unique.

Paddy Comerford’s interests included sailing, and he was closely involved with the Ballycotton lifeboat. He was married to the late Ann Madden for 25 years. He died on 29 November 2010, and was survived by his sisters Ciss (Dorgan), Margie (Lenihan), and Breda (O’Reilly).

In a tribute, the Lord Mayo of Cork, Councillor Michael O’Connell, described him as an iconic figure in the entertainment world. "He was loved by generations of Corkonians and his death will leave a huge void. On behalf of the people of Cork I would like to extend my sympathies to his family."

Michael White, chairman of the Everyman Theatre, said: “Cork has lost a legend. His death will be mourned by generations of Cork people, both at home and abroad. He was a unique stage performer whose comedic gifts lit up Cork stages for decades.”

Paddy Comerford’s cousin Ignatius Comerford was also a Cork actor with a genius for comedy and stylish characterisation. “He often performed as the Dame in the Opera House pantos and he had a gift for closeness, for intimacy, which drew the audiences,” Paddy Comerford says. “People loved him, they still talk about him.”

Ignatius Comerford’s make-up box is now part of Cork Public Museum’s exhibition on the history of theatre in the county.

Posted by Patrick Comerford at 20:28