Comerford signs on pubs and shops tell their own stories

Recently, while I was travelling between Wexford and Dublin, I took a detour from the new motorway and followed the old road into Gorey in enthusaistic hope. I wanted to take a photograph of George Comerford’s butcher shop, which had stood at the north end of the Main Street for generations. Sadly, the shop now longer stands ... there was no photograph to take.

I had passed this shopfront for years and taken it for granted. There and then I resolved to photograph any Comerford shopfronts and signs I see in the future.

Summer sunshine and flowers outside a Comerford shop on the borders of Co Kilkenny and Co Laois (Photograph: Patrick Comerford, 2009) 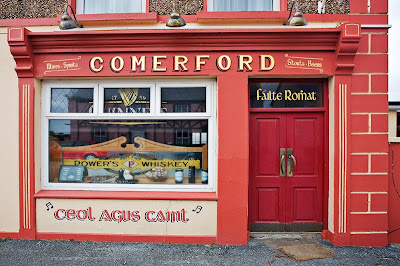 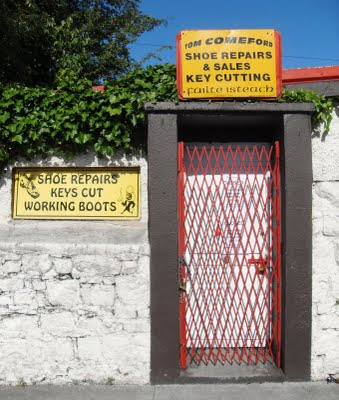 A shopfront on the Fair Green in Bagenalstown, Co Carlow (Photograph: Patrick Comerford, 2011) 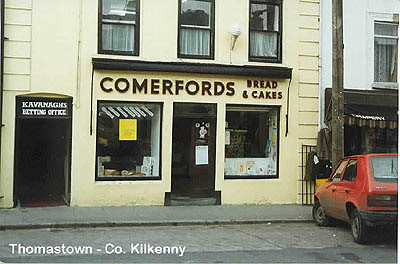 This was once Comerford’s Bakery in Market Sreet, Thomastown, Co Kilkenny. In February 2011, the premises were on the market with Sherry FitzGerald McCreery, who were quoting a sale price of €350,000

However, the property was then internally derelict and in need of major restoration, refurbishment or rebuilding. Full planning permission had been received from Kilkenny County Council to extend and alter the premises providing walkway access through the shop, alteration of the shop and the provision of offices on the first and second floor, resulting in a ground floor retail unit of about 1,000 sq ft, with frontage to Market Street and to the proposed walkway.

The agents conceded the “property is in very poor condition internally. The entrance hallway features a trench which is dangerous. The stairs to the upper floor levels has been removed … entering the property … is dangerous.” 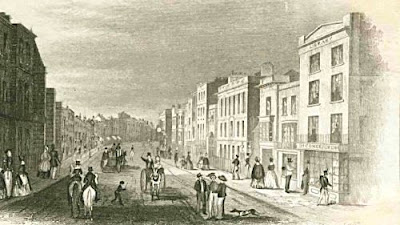 High Street, Portsmouth, in the mid-19th century, with Comeford’s book shop on the right

In the mid-19th century, a Comerford family were prominent booksellers in Portsmouth, with a well-known shop in High Street.

The Comerford shop was part of a block of buildings in High Street, Portsmouth, between the Governor’s House and Highbury Street, or St Mary’s Street, that are regarded as quintessential examples of Victorian shopping. This group of shops, from No 112 to No. 114, was illustrated a Charpentier panorama and in a drawing, probably dated around 1860. 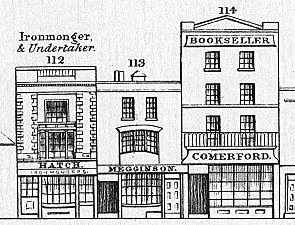 Charpentier’s panorama of Nos 112 to 114 High Street, Portsmouth, including the Comerford shop (right)

The drawing was commissioned by Comerfords, the booksellers, whose shop can be seen on the right, and is frequently used to illustrate a typical Victorian High Street – for example, it is used on the cover of Portsmouth Paper No 26, An Early Victorian Street. The drawing must be dated later than 1849 as the full image shows a horse-drawn bus further down the road and these were not introduced until that date, at the latest. There is also a similarity in presentation with a drawing of Cambridge Barracks that is dated June 1861.

The mid-19th century drawing o High Street, Portsmouth, commissioned by the Comerfords, the booksellers, whose shop can be seen on the right

There was less than two decades between the publication of the two drawings, and so it is not surprising that all three structures depicted were not been materially altered in the intervening period. 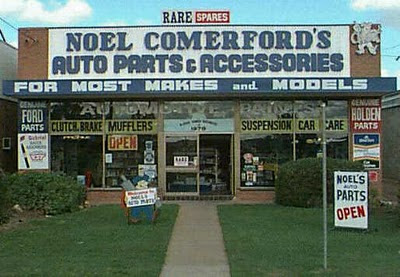 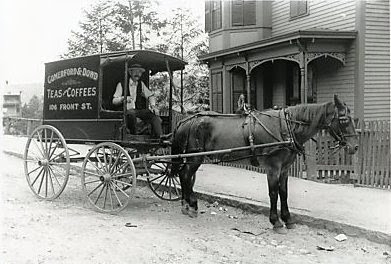 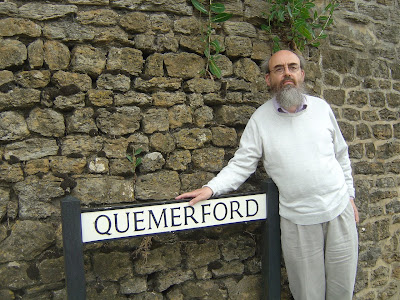 On the way into Quemerford, Wiltshire, 2009 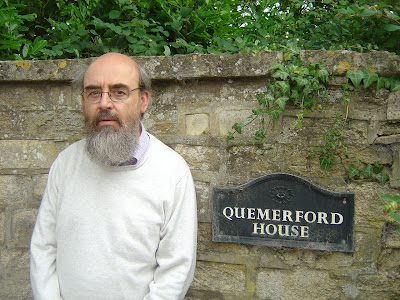 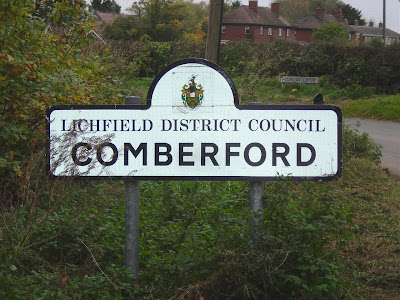 On the way into Comberford Village, Staffordshire (Photograph: Patrick Comerford, 2008) 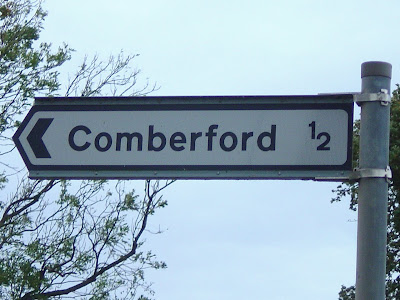 On the road to Comberford (Photograph: Patrick Comerford, 2009) 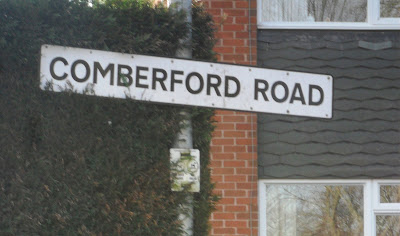 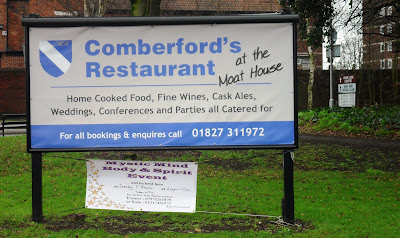 Comberford’s Restaurant ... the family name has returned to the Moat House in Tamworth (Photograph: Patrick Comerford, 2011) 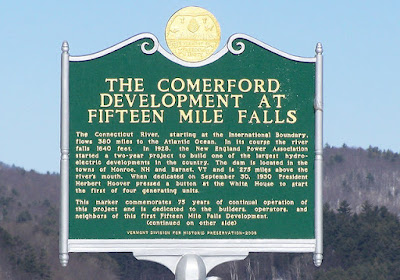 These are great Patrick, thanks for posting them!

Patrick,
Thank you so much for all the wonderful work you have done!!! This site is awesome and being unable to travel to Ireland, I so enjoy finding information like this. We have hit a wall at our g-grandfather John D. Commerford who died in Deadwood, South Dakota in 1910. still very interesting to see your wonderful pictures and read your history...
Thanks again!
--An American cousin--
Faye M. Bykerk

Is the blog still active? I'm an American Comerford cousin and wondering if anyone is still there?

Yes Jeff, this blog is still active, and I update it regularly.